Rose will run a Bass Cat 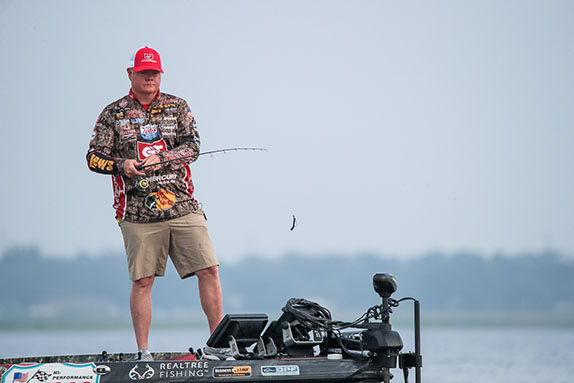 The 49-year-old Rose is fourth on FLW’s all-time leading money winners list, tied for fourth in career wins and is the only angler to win back-to-back FLW Tour events. He accomplished the latter feat with victories at Lake Travis and Lake Guntersville in February 2017. The following season he claimed the circuit’s Angler of the Year title.

“Obviously, we are thrilled to get an angler of Mark’s caliber and accomplishments at this point in his career,” said Bass Cat President Rick Pierce. “I’ve followed him for decades so I know that we’re getting an upstanding citizen and premier competitor.”

Rose similarly had his eye on Bass Cat throughout his career thanks to a random encounter with Pierce at a tournament years ago. They were “sharing a fishing hole,” Rose recalled, and Pierce struck up a conversation.

“He made the comment that he had followed me and he liked what I stood for. He wasn’t giving me a hard sell or putting any pressure on me. I never forgot that.”

The factor that sealed the deal to join the BCB team was the family atmosphere.

“It was the values, more than anything, that drew me in. Not just at Bass Cat, but also at their parent company Correct Craft, which gives a lot back. I spent a lot of time in prayer about this decision and the people, the quality, performance, innovation, and loyalty of the Bass Cat family is something I want to be a part of.”

In 2021 Rose will run a Cougar FTD powered by a Mercury 250-horsepower Pro XS four-stroke engine.

"I’ve competed against Mark, both here in Arkansas and nationally, and I know that he’s both a gentleman and a fierce competitor,” said Bass Cat pro staff director Kevin Short. “I know that he will represent us exceptionally because he adds a layer of professionalism and seriousness to everything he does.”