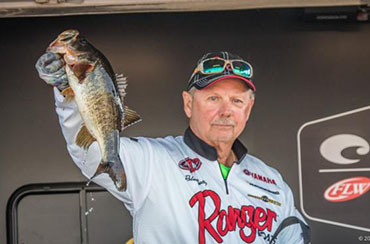 Major League Fishing angler Bobby Lane passed along the news that former FLW Tour pro Robert Beatty of Clermont, Fla. died Sunday after a lengthy battle with cancer. Beatty fished the Tour for 5 years in the late 1990s and early 2000s, logging three Top-10 finishes. He had six BFL wins and one Toyota Series triumph on his ledger, with his most recent BFL victory coming in January 2017 at Lake Okeechobee.

Lane said Beatty served as a mentor to anglers including himself, brother Arnie Lane, John Huls and Troy Olivier.

"He was a nice guy on and off the water," Lane said. "But one thing about him, if you asked him where he was catching them, he'd always send you in the other direction. He was a dominant force in Florida and his numbers backed that up."

Beatty had an FLW team deal with dog food-maker Alpo during the early years of that program.