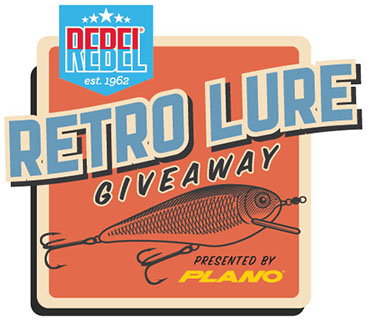 As part of the celebration of the 50th anniversary Bassmaster Classic next month, B.A.S.S. is teaming with Plano for a Retro Lure Giveaway. One lucky winner will receive a set of rare collectible antique lures from Rebel, Cotton Cordell, Heddon, Lazy Ike and B Lures, plus a Plano 777 tackle box just like those used by anglers at the first Bassmaster Classic on Lake Mead.

While today’s anglers vary their equipment based on the fishery and boast a garage packed with tackle, the 24 competitors in the first Classic were only allowed to carry on four rods and reels and 10 pounds of lures when they boarded a charter flight not knowing where competition would take place.

“We were given an official Plano tacklebox and had a weigh-in before the Classic even began,” said Bobby Murray, who won the first Bassmaster Classic in 1971. “If the tackle box weighed more than 10 pounds, then (B.A.S.S. founder) Ray Scott would open it up and take the lures he wanted to keep.”

The contest runs through March 15. Contestants can enter daily at Bassmaster.com/retroluregiveaway.