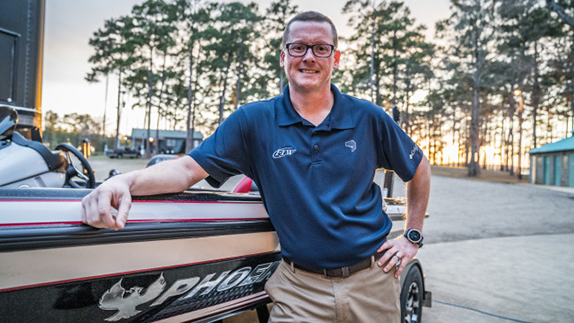 Daniel Fennel has been elevated to senior director of tournament operations for the FLW Pro Circuit, FLW Series and Phoenix Bass Fishing League, FLW announced in an article posted to its website on Wednesday.

Fennel, the son of FLW Executive Vice President and General Manager Kathy Fennel, takes over the Pro Circuit from Bill Taylor, who served as FLW Tour tournament director from 2001-19. Taylor has been promoted to senior director of operations, where he’ll focus on logistics, angler relations and event planning for all FLW circuits.

“This is a whole new chapter for FLW,” Daniel Fennel said in the report. “We have an opportunity to show the world what FLW pros can do thanks to the expanded media coverage the Pro Circuit will enjoy this season. The pros are going to see that immediately, and they’re really going to enjoy the ride. I’m expecting an unbelievable year.”

With all of the FLW tournament staff retained by Major League Fishing after its asset purchase of FLW last fall, Kathy Fennel thinks it'll be a smooth transition for her son.

“We’re extremely lucky at FLW to have a dedicated staff of people like Daniel and Bill who’ve committed so many years to running the best bass tournaments in the industry,” said Kathy Fennel. “Bill has been an instrumental part of the success of FLW over the years, and nobody knows more about running pro-level tournaments than him. We’re lucky that he’ll continue to support Pro Circuit operations, and that he’ll now be bringing all his knowledge to all of FLW’s tournament circuits. Bill is a fantastic recruiter and a master of the details that make a successful tournament.

“Obviously, I’m also very proud of Daniel for all he’s accomplished as the director of the Phoenix Bass Fishing League, helping it to remain the premier league for weekend anglers and aspiring pros. I know that with his leadership and a great crew in place supporting him that the new Pro Circuit will live up to the 24-year legacy of the former FLW Tour.”