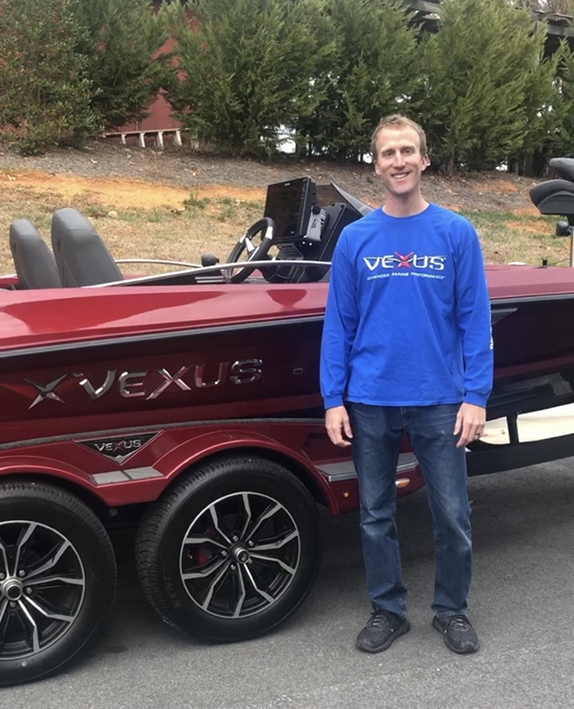 Vexus Boats and Bassmaster Elite Series competitor Brandon Card have announced a partnership for the upcoming season. Card will compete during the 2020 Elite Series season out of a fiberglass Vexus VX21 powered by a Suzuki 250SS outboard.

Card was the first tour-level angler to sign with the brand and will be joined by fellow Elite Series angler Mike Huff on the team.

Card (pictured) said that he first became aware of the Vexus fiberglass lineup at the 2019 Bassmaster Classic.

“Like everyone else, I was intrigued by the new brand and all the new, unique features. As someone who has struggled with back and neck pain my whole life, the AirWave pedestal bases for the seats were the first thing that appealed to me,” said Card.

Before joining Vexus, Card was able to visit the factory and test drive a boat on Bull Shoals.

“Usually, when you do a demo ride, it is flat calm, but that day the wind was howling," he recalled. "It was the perfect day to put the Vexus to the test, and it exceeded all of my expectations. It chewed up the rough waves, and I was shocked at how smooth it was! I was just as impressed with the genuine, down-to-earth, hard-working people at Vexus.”

“Brandon and Mike carry themselves in a fashion that aligns perfectly with our core philosophies," said Vexus president Keith Daffron. "Couple that with his proven performance on the trail, and the fit just seems natural. Our team is more than excited about 2020 and watching Brandon compete out of a VX21.”