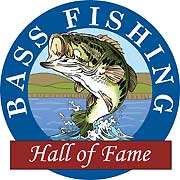 Known for his tireless efforts in directing the Mr. Bass of Arkansas Pro-Am Tournament Circuit for more than 25 years, Ronnie Everett will be honored posthumously with the Bass Fishing Hall of Fame’s Meritorious Service Award.

The award was established by the Hall’s board of directors to give the proper and well-deserved recognition to select individuals and organizations deemed to have made significant contributions to bass fishing. Everett’s family and special guests will be the guests of honor at a special Bass Fishing Hall of Fame Reception on at 5 p.m. Friday at Horner Hall in the Hot Springs Convention Center.

Bass fishing always had a part in Everett’s life. His father owned a boat dealership and started the Mr. Bass of Arkansas tournament trail in 1974 to help sell boats. Ronnie took over in 1990 when his dad retired, and after stopping the circuit after seven years, was convinced by others to start it up again as a pro-am concept. Anglers who have had great success on the FLW and B.A.S.S. circuits, including Mark Davis, George Cochran, Ricky Green, Ron Shuffield, Stephen Browning and Doug Garrett, learned much about tournament bass fishing by competing on Everett’s circuit.

“Without people like Ronnie Everett – who also convinced his wife Lori and his weighmaster Chris Course to always help out – I’m not sure we would see the success on the national level for tournament organizations like B.A.S.S., FLW and Major League Fishing,” said Bass Fishing Hall of Fame president Donald Howell. “Everett provided that exceptional first step for many bass anglers who enjoy the competition, and as we have seen over the years, many of those Arkansas anglers have had successful pro careers that all started with the Mr. Bass of Arkansas Pro-Am tournaments.”

Bass Fishing Hall of Fame inductees including Jimmy Houston, Bobby Murray and Billy Murray, along with BFHOF board members Steve Bowman, John Mazurkiewicz and Melinda Mize will be among those in attendance at the reception to honor Everett. The event is open to all affiliated with the bass fishing industry, FLW Cup expo exhibitors, participating anglers and special invited guests.