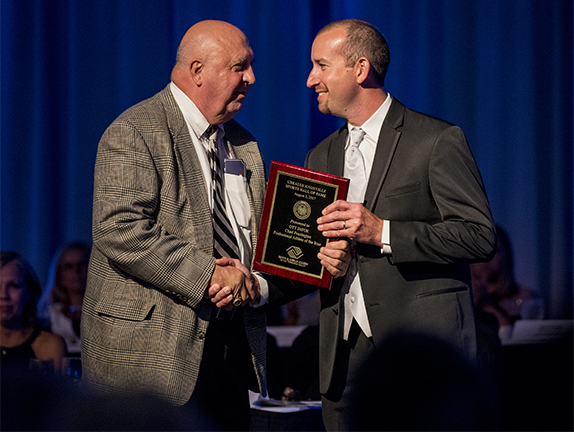 Pro angler Ott DeFoe was honored Thursday night as the Pro Athlete of the Year at the 36th annual Greater Knoxville Sports Hall of Fame dinner and induction ceremony.

DeFoe has fished at the pro level for 12 years. He started his career on the FLW Tour and in 2011, he moved to the Bassmaster Elite Series, where he's currently in 6th place in Angler of the Year points. He also competes with Major League Fishing. He's amassed more than $1 million in career earnings.