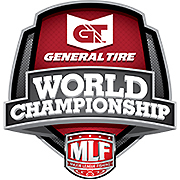 Seven-time B.A.S.S. Angler of the Year and four-time Bassmaster Classic winner Kevin VanDam heads the list of 12 anglers who qualified for the Major League Fishing World Championship, which will begin airing Saturday on CBS. Coverage of the six-round event will be broadcast each Saturday through July 29.

Competition for the World Championship took place on several bodies of water in the Nacogdoches, Texas vicinity in early March.

"Having a 6-week series (for a single event) on network TV is a first for the sport, to our knowledge," said MLF commissioner Don Rucks. "The viewers will be real pleased with the results – these were small, out-of-the-way lakes that were real productive and a lot of nice fish were caught."

There have also been some enhancements to the broadcast format.

"If you thought the show was good before, this is going to be super-cool," Lane said. "The new graphics and the way it's structured take it to another level as the best fishing show on TV."

To see the rules for the World Championship, click here. To watch an interview about the event with Duckett, who devised the MLF concept, click below.