Thrift on pace for best FLW Tour season ever 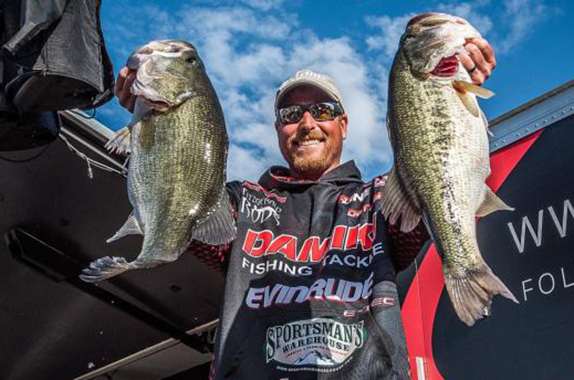 The 2014 season Andy Morgan assembled on the FLW Tour was mighty impressive and ended with the Dayton, Tenn., pro collecting the second of his now three Angler of the Year titles. In fact, it was the most dominant season an FLW Tour pro had ever had in terms of point-gathering efficiency.

Out of a possible 1,200 points, Morgan earned 1,132, an incredible 94.3 percent clip. He had two runner-up finishes, two in the teens and two in the 20s, but nothing worse than 22nd. Morgan’s effort also overshadowed a dynamic season turned in by Cody Meyer, who finished just nine points behind Morgan.

So far in 2017, Bryan Thrift is on pace to surpass Morgan’s record.

In five FLW Tour events this season, Thrift, the current top-ranked angler in the BassFan World Rankings, has yet to finish lower than 12th and has amassed 98 percent of the potential points available. Of a possible 1,000 points, his total of 980 is 84 more than his closest challenger in the AOY race.

Of course, some will question how long Thrift can keep this up, but this hot streak dates back to last season and also carries over to FLW Series competition.

He’s already clinched a spot in this year’s Forrest Wood Cup by virtue of his win at the Lake Norman FLW Tour Invitational last fall. Even if he weren't already in the field for this year's Cup at Lake Murray, he'd have more than enough to make it easily, even with last-place finishes both of the remaining two events.

He'll be worth watching over the final two tournaments, which will take place on river systems (Mississippi and Potomac). This will be the FLW Tour's first visit to the upper Mississippi in La Crosse, Wis., and Thrift has finished outside the top 50 in three of his four visits to the Potomac.

Here’s a rundown of Thrift’s finishes since last May: